Following on from my recent post on “Foursquare fatigue”, and the recent launch of Facebook deals in the the UK, I thought it would be a good time to look at these initiatives, from both the consumer angle as well as the retailer.

Anecdotal discussions with a number of retailers as well as consumers point to the fact that Location Based Offers (LBO) are still in their infancy.

Indeed I was chatting to a couple of people at Social Media Week last week right after a representative from Groupon spoke, about two separate experiences with the up and coming group savings offer website.

One told me that she had grabbed a Groupon offer but never redeemed it, and the other person told me that the spa treatment company she claimed the offer from never called her back.

While this is by no means a scientific piece of research, it makes me think that the hype around sites such as Groupon are not matched in reality (yet).

Facebook places also received a massive amount of publicity at launch. A few months on though, I am noticing less than 1% of my Facebook friends check-in with any frequency. A client also remarked recently that he was experiencing the same behaviour from his 800+ Facebook friends.

This brings me to the central theme of this post. If people aren’t using these location based service offers at the moment, where is the incentive or the retailers to jump in and offer deep discounts to drive footfall?

Are we facing mobile coupon overload on the high street?

Facebook Deals is relatively new, and therefore it is going to compete with all of the other mobile coupon services currently on offer.

Recently I was picking up some Italian at our local pasta place and I noticed on the wall near the cash register a number of “how to redeem” cheat sheets for competing mobile offers.

Next time I am back I will ask them how often these services are used and how difficult they are to keep track of and measure success rates.

While I am a very strong believer in the location based offer model (I helped grow a location based start-up in Australia into a world player about 6 years ago), I am no longer believing my own LBS (location B-S).

O2 location based offer service does not seem to work

The other LBO hype in the market recently was for the O2 More service powered by Placecast. The proposition here is that you opt-in via the O2 More website to receive offers via your mobile based on the profile you set (something I have been advocating for ages).

Once opted in, the O2 network in conjunction with the Placecast software detects if you are near one of their retail partners such as M&S, Starbucks or L’Oréal and sends you a text offer.

From the launch press release

To opt in to the service, O2 customers register on O2 More and input information relating to their age, gender and interests. When opted-in, O2 More customers are found to be within a geo-fenced area owned by Starbucks, those interested in food and drink receive an SMS offering them money off Starbucks VIA Ready Brew at a nearby branch.

When opted-in O2 More customers are found to be within a geo-fenced area owned by L’Oréal, customers interested in beauty receive an SMS offering a buy one get one free deal on L’Oréal’s Elvive hair care range at Superdrug.

So far so good, except that it doesn’t work.

Given my LBS experience above and really really wanting this service to work, the day it was launched, I signed up for the service. I grabbed a brand new O2 SIM, went to the O2 More website, registered and ticked every single box available (and if you are from O2 media, yes I ticked all the boxes in all 13 segments). 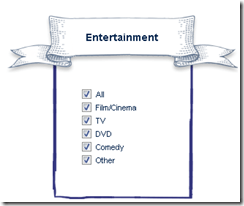 I then put the O2 SIM into a spare handset, left it on all the time in my laptop bag and wandered around London as I would normally do past dozens of Starbucks and M&S stores every day.

I haven’t received one offer in 4 months. Not one. Nada.

I even tweeted the then head of sales for O2 media @shanhandy to say it was not working. He tweeted back that it was a long term trial etc etc

Others on twitter said they were surprised it did not work, and I even supplied the registered number 07706 426 242 in the hope they could put me on the list. Still nothing.

Months later David Murphy, Editor of Mobile Marketing Magazine and I were talking about this and he even contacted the O2 Press Office for comment, and passed on the mobile number again.

Still nothing, so I can only conclude that the service does not work. I hope the launch advertisers are seeing some redemptions to justify their involvement.

It is this sort of experience that sets off my Location BS detector when I hear about these services. The O2 LBO product mentioned above is probably the most technically perfect as it does not rely on the subscriber doing anything except being near a retailer. Facebook Deals and Foursquare need you to actively check-in to score a deal.

The other issue with location based offers is that no matter what technology, incentive or mechanic you use, for it to scale you need many, many people on the phone signing up retailers and training them on redemptions etc.

For this reason, larger groups such as Facebook would appear to have the advantage here, but it relies on the retailer wanting to provide an offer or discount, and to manage these on an on-going basis.

One of the competitors to a Facebook Deals launch partner told me that while they did bid for the right to be a launch partner, when told they were unsuccessful, they were actually quite relieved because it meant not having to eat further into already small margins with discounts.

My advice here is to sit back and watch the take-up and behaviour of these LBO seekers to see if it is really a channel to actively exploit.

As my Foursquare fatigue post pointed out, it is a chicken-and-egg problem as consumers will not use these LBO services if there are very few offers, or none in their area. Retailers on the other hand will not adopt LBO as a major channel unless there is real activity.

For this reason, services such as the O2 more one above have to work otherwise retailers will get cold feet.

Finally, some free advice to all of those people out there that still think LBO is a licence to print money.

Below is a copy of an email I received via my website recently. I get a lot of these given my LBS background. In this case I have removed the person’s name, but I hope he won’t mind me sharing the email with London Calling readers.

I’m a little bit weary of the big players coming in a doing a big deal with phone manufactures or networks to shut small start-ups like my own out. What are your thoughts on this? will there be enough room in the market for small innovated companies to generate some real value?

My advice – don’t go into this area unless you have the distribution and redemption piece sorted out.

Google, Facebook, Foursquare etc already have the technology piece covered, and they do not use GPS alone. They use Google’s amazing global WiFi hotspot database to provide accurate location based services on a wide range of handsets.

So for the author of this letter – save your money for something else. You can demonstrate real value on a set of PowerPoint slides, but my real-world experience is that consumers are still not embracing LBO, and even the big players like Groupon and Facebook will struggle unless they can quickly scale the breadth and depth of offers, AND convince retailers to adopt their coupons and offers.

Can you imagine how delighted a local eatery would be if they had to track and maintain dozens of offer sites, giving away margin when they already have non-discount patrons streaming through the door?

It is one thing to drive footfall, but when the method of doing this becomes overly complicated and the space becomes crowded, technology is then in the way rather than adding value.